Before editing, please read the Rules and Guidelines.

If you're looking for somewhere to post custom characters that you have created, go to the Murder Island 2 Customs Wiki.
About the Game 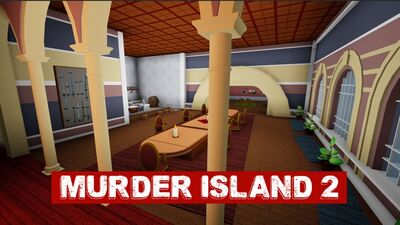 Murder Island is a Roblox murder-mystery type game created by 2GO. Like most murder-mystery games, it revolves around you and up to 19 other players finding clues and rooting out the murderer among you.

There are two main roles: the murderer and the innocents. If you're the murderer, you must kill someone and cover up the evidence, so as not to be exposed by any of the other players. If you're an innocent, you must hunt for clues and unmask the murderer before the time is up.

Feel free to contact us if you have any problems or suggestions!

Retrieved from "https://murder-island.fandom.com/wiki/Murder_Island_Wiki?oldid=7279"
Community content is available under CC-BY-SA unless otherwise noted.